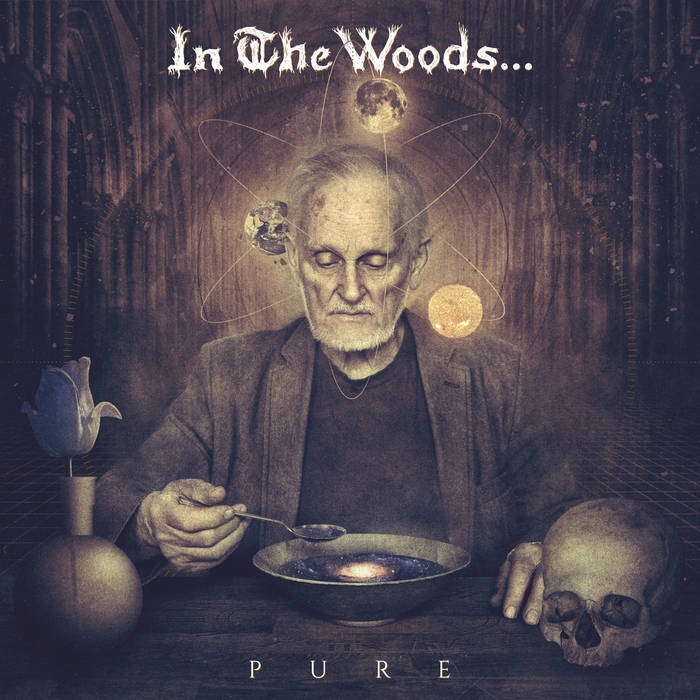 Sonny92 Wow, if this is what you get after waiting 17 years for a new album, then I say it was well worth the wait. Stunning progressive metal with a doom vibe that has very few equals. I often moan about albums being too long, but at only 67 minutes this is way too short. Favorite track: Mystery Of The Constellations.

coldblackmoon A spiritual journey... it takes you beyond the everyday burning of this world into a cosmic euphoria.. Favorite track: Cult Of Shining Stars.

Paul Saturley One of the best albums I have heard this past year. It remains, for me, an enigma. Favorite track: Pure.

Bruce This is a complete masterwork of vivid, lush compositions that seem to get better with each listen. I tend to favor any music that moves me on an emotional level, and the instrumentation alone on Pure does the trick. It's just brilliant. Favorite track: Blue Oceans Rise (Like A War).

JRT Heavy, dark, doom and avant-garde is the only way I can describe this incredible album. Favorite track: Transmission KRS.

Norway has always been the most fertile of lands for experimental and avant-garde Metal. During the last three decades fabulous visionaries have pushed beyond boundaries time and time again, propagating the ever-healthy Metal underground and its myriad sub-genres. The most prestigious and mythical of all are the legendary IN THE WOODS… the originators of truly progressive Dark Metal.

Now, 21 years after their singular, beyond-classic debut "Heart Of The Ages" and 17 protracted years after last full-length "Strange In Stereo", a reimagined and revitalised IN THE WOODS… deliver "Pure" - a stunningly focussed new record – a distillation of everything that makes them one of the greats.

The prolonged absence has led to a propulsive reinvigoration, a renewed directness and melodic refinement, a set of addictive songs grounded in the same strain of epic, atmospheric and psychedelic blackened Prog-Doom the band mined for their 1997 masterpiece "Omnio" – although this record is anything but a re-tread of old terrain.

As always with ITW the exploratory nature of the music stems from the freedom of 70's progressive rock: the dreaminess of vintage FLOYD and CAMEL, the skewed restlessness of prime CRIMSON, the perpetual questing of GABRIEL-era GENESIS and subtle Krautrock intimations.

The band have evolved, matured, the unit revelling in the pleasures of restraint. The mind-chaos of youth has transmogrified into the dark divinity of wisdom that only experience can bring - a welcome respite in times of ephemeral pleasures and hyperactive multiplicities.

IN THE WOODS... Norway

Conquerors of countless styles and sounds, IN THE WOODS… began in Norway in 1991. With their origins rooted in the early black metal scene, IN THE WOODS... has gone on to craft a diverse and eclectic discography, the haunting atmosphere of their original recordings taking new shape in experimental goth rock, melodic death and doom, and undulating psychedelia. ... more

Bandcamp Daily  your guide to the world of Bandcamp

MF DOOM is given his flowers, plus appearances from MC Jada Imani and Stanley Ipkuss